A Year Around the World for $10K 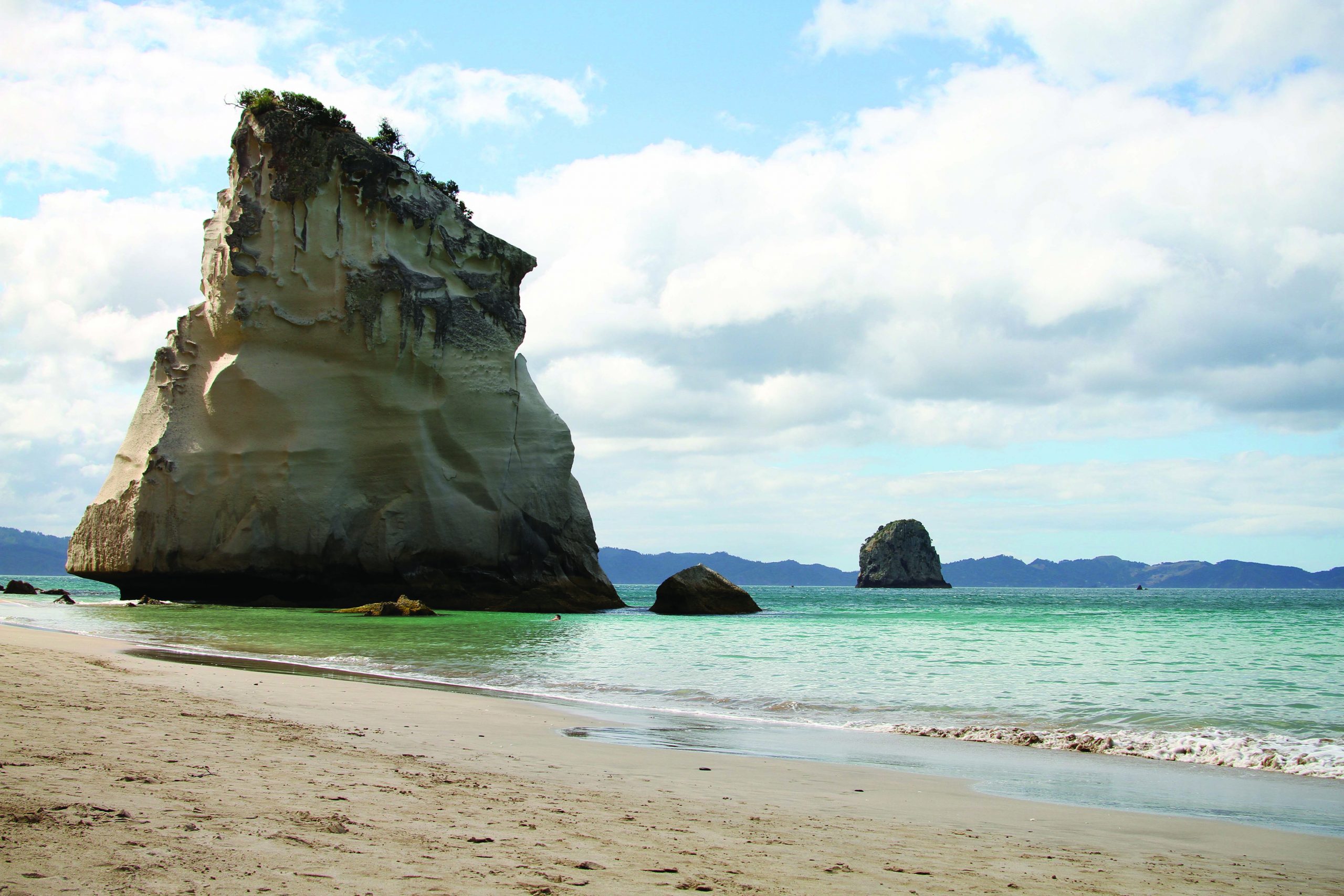 Austin and Sara explore the Sahara Desert in Morocco.

By Austin Walk (with Stetson Robinson)

When we landed in LAX after 12 months and 28 countries, my wife, Sara, and I looked back and couldn’t believe our trip had cost each of us only around $900 a month—a little over $10,000 a person! It was cheaper to be traveling for that entire year than it would have been to stay home.

When we were gone, we didn’t have to worry about things like rent, gas, or other typical living expenses. We just got permission to take a significant leave from our jobs, put phone bills and the like on hold or automatic draft from our bank account—and off we went.

Having done this twice now, I believe that you too can pull off a world tour like this, so long as you’re willing to try new things and to be consistent in a few essential money-saving techniques.

Plan to do’s, not a schedule

So many times we’d see travelers stressing out, trying to stay on tight schedules, often fighting about flights missed or time lost. When we showed up in a new city, we just looked on Wikitravel or asked around for good ideas of things to do and see. Once we made a list of things we wanted to do, we cruised until we got bored, regardless of whether it was a few days or a month. For instance, when we arrived in Abu Dhabi, UAE, we planned on staying only four days. But the family we stayed with invited us on a road trip to Oman that extended our stay an extra week! Had we planned our trip out a year in advance, or even a month in advance, it would have been costly and complicated to rearrange things—or we would have missed out on an amazing trip to Oman.

A young woman performs a traditional dance in Indonesia. Photo by Austin and Sara Walk

Use the Internet . . . but not for everything

Always have a laptop or smartphone handy because a lot of airports and hostels have free wireless Internet (and if they don’t, wireless passwords are easier to guess than you’d think). The Internet is your best friend for flights and rental cars, yes—but not for everything. Before or upon arriving somewhere, I usually searched the highest density of hostels in the city just to see the best place to wander. Then I’d drop the bags off with Sara nearby where she could relax while I would roam the city for an hour or so looking for cheap places.

Usually the cheaper, sometimes better, options were the businesses that couldn’t afford to advertise. Before we got to Bali, for instance, we saw a lot of hotels advertised online—and $30 a night sounded pretty good. But we knew we could find something better. So we rented a motorbike, loaded up our gear, and drove to Uluwatu, stopping at little hotels we saw along the way. We scored a private room on a beautiful property less than a mile away from world-class surf for only $8 a night. (And their $1 banana pancakes were excellent!)

This probably saved us the most money. A “hub,” as we called it, was a central place where we planned on staying a while and could store our huge suitcases. From there we’d pack tiny backpacks and travel around to neighboring countries for a week or so. We used many places as hubs:

To set up a hub, it’s key to have friends in the area. Before the trip, ask family and friends if they have contacts in the areas where you plan to stay. If not, when you get there start making friends immediately, especially the kind who help you get around for free. You can typically find someone you trust well enough to store your bags at their place as the hub while you travel gypsy style—just take all major valuables with you. This makes traveling cheap and practical because you can walk, ride a bike, or rent a scooter and not worry about the extra cost and stress of lugging around all your baggage.

Whether you’re eating a late breakfast and an early dinner to avoid eating lunch or finding a cozy tree to sleep under for a night, remind yourself that money saved in one place will leave more for somewhere else. In Cappadocia, Turkey, we really wanted to ride a hot-air balloon—$250 a person! Even though I talked the guy down to $125 a person, I still compensated after that: I skipped a few lunches, opted out of seeing some museums, and researched some sights myself to avoid paid tours.

The beautiful view from our hot-air-balloon ride in Cappadocia, Turkey. Photo by Austin and Sara Walk

Figure out what is most important to you and spend accordingly. For me, I don’t care what I eat; I’d rather eat rice for a year and save enough money to see an extra country. Sara is different. She’d rather eat quality meals and go to fewer countries. Maybe it’s nice hotels or first-class flights that matter most to you; find ways to save elsewhere to compensate.

In Prague, we knew we wanted to see Poland’s Nazi concentration camps. There were endless ads for special-rate tours that would book all our arrangements for the “best price.” On our own, we got a train into Poland for under $10, got our own tickets into Auschwitz, and snagged a hostel for $12 a night. We saved over $200 and were on our own schedule. However, if the price is right and you’re feeling lazy, don’t hesitate to book a tour. We booked an all-day tour in Bali for less than $10 and it was sweet!

Also beware of people trying to “help” you, and remember that anybody who approaches you to help find a hotel, restaurant, or anything will either want a tip or get a cut from the place where they’re taking you. Their “help” will just drive up the price. Instead of waiting to be approached, ask someone random where to go and what to do.

Barter wisely, but be considerate

Count on being overcharged, but here are some things you can do to get a better deal when bartering at a market. When you first hear the vendor’s price, act offended, like he just insulted your mother—moan, cry, faint, scream, whatever. The more animated you are, the more fun you’ll have. Counteroffer MUCH lower (I always came back at 10%) and give yourself some room to barter. If he won’t budge on the price, just walk away. If he really wants to sell, he’ll call you back; if he doesn’t, then you’ll know your offer was too low, and you can start a little higher at the next place.

Also, put your money in his hand first. A lot of vendors who see you looking at something will put the item in your hands and not take it back until you pay them the amount they ask. But if you put your money in their hands first (at your desired price), and not take it back until you get the item, you’ll be surprised what kind of deals you’ll get.

However, be considerate of sincere vendors, and don’t lowball just because you can. If the price is even close to fair and you sense that they are honest, just go with it because they typically do need the money.

Thinking outside the box is absolutely the key to saving money. For example, instead of booking a hotel room, look for an overnight train or flight so you can sleep while traveling to your next destination. If you arrive somewhere early in the morning, just sleep in the airport—airports, especially in major cities, are actually pretty cozy. Think of ways to travel besides direct flights. Consider flying into neighboring countries or cities and then taking a bus or train to wherever you need to be.

We needed to get to Malmo, Sweden, from Dublin, Ireland. Instead of booking a flight from Dublin to Malmo, I did some research online and found a bus up to Northern Ireland, then a ferry to Scotland, then a bus to Edinburgh, then a flight to Copenhagen, and finally a train to Malmo—for a total of only $230! Sure it took me four hours to find and arrange all that, but we saved nearly $1000.

Cathedral Cove in New Zealand. It’s a 40-minute hike to this breathtaking beach—well worth it. Photo by Austin and Sara Walk

Another good way to save a buck is to make a buck. Sara did some freelance photography in Istanbul and later in New Zealand, where we actually both got full-time jobs—Sara was a nanny and I did software testing. Whether I was trying to teach surf lessons in Spain or teach English in Vietnam, we were always looking for ways to get some money back into our pockets.

Above all, actively think up your own money-saving tactics. Don’t just pat your pockets and shrug your shoulders. With a little ingenuity, you too can make something great out of very little. Just know what you want to do, look for shortcuts, and enjoy going with the flow along the way.

Austin is from Huntington Beach, California, and Sara is from Bellevue, Washington. They met through their church and were married in August 2008. They are in their late twenties now and live and work in Huntington Beach—Sara for TOMS shoe company and Austin for a marketing company. They have a one-year-old baby boy, who was born only months after their trip around the world.

Visit their blog and check out videos from their trip.